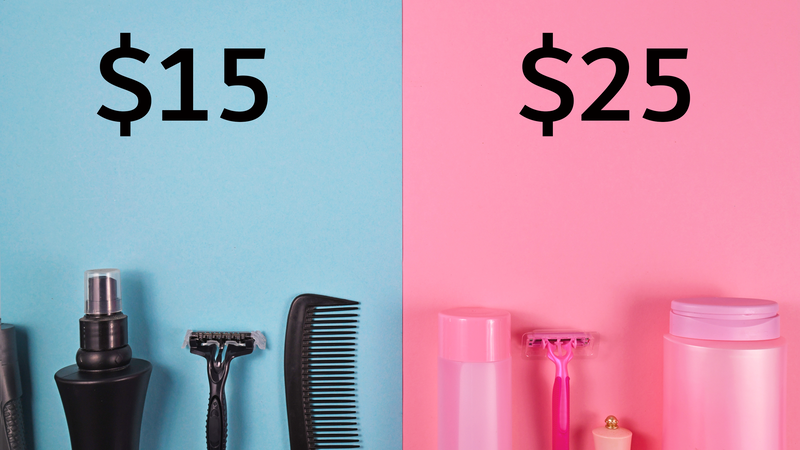 Let us begin with telling you that even though Pink Tax is a fairly new term, we have already been paying this extra fee for a very long time. And the word WE included in the previous sentence was used deliberately because only approximately a half of the population pays is – which is women. Did you notice that personal care products destined for females, often colored pink, cost more than the same items sold in darker colors? Take shaving razors for example – did it occur to you that the razors destined for women are more expensive than those for men? This is exactly what Pink Tax is. The cost of a particular product is higher only because it’s destined for… women.

Do we really pay more?

Both the price tags in shops and the results shown in research are unanimous. Women pay more. On average, women from all around the world pay 13% more for personal care products, including beauty products, than men. The Guardian published an article saying that women living in Britain spend 37% more than men on personal care products. The difference between a man and woman shampoo in a regular New York shop reaches even 42%. This almost doubles the price! In Poland, for example, an average cost of skin care products for women reaches PLN 180, whereas for men PLN 108. Fragrances designed for females are also more costly than for males. Shocking, isn’t it?

Why do women pay more?

One of the reasons is that this is just a marketing strategy of many beauty brands. The producers assume that women shop for cosmetics more often than men, so they got used to spending more. It’s also believed that women are simply more willing to buy a basic cosmetic that costs a little bit more, than men are. For instance, if an average man sees a shampoo for £10, it’s highly possible he won’t buy it, which can’t be said about an average woman. This is where the differences in the cost of personal care products come from.

What do we pay more for?

Mostly, these are the very basic personal care products such as razors, deodorants, shampoos. Additionally, women pay more even for drugs. For example, you have to spend more for painkillers relieving menstruation pain than for drugs easing headache or stomachache. There is also a difference among toys. Blue ones, commonly destined for boys, are cheaper than the pink ones.

What can be done about it?

Be a conscious consumer. By making the right choices, you may influence producers and sellers’ approach to pricing. Example? If possible, pick products destined for men. Choose shaving creams/foams and razors for men. The fun fact is that men’s razors come with sharper blades than the ones destined for women. This is how you can avoid paying the Pink Tax, so you won’t spend more just because you’re a woman.